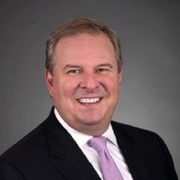 Jeff Oravitz is the Chief Executive Officer of Arsenal Capital’s coatings platform, Seal For Life Industries, where he also serves on the platform’s Board of Directors.  He formerly was the Vice President of PPG Coatings Services and the President of MetoKote Corporation, based in Lima, OH, from July 2016 to March 2019.  He previously served as President and Chief Executive Officer of MetoKote from 2011 through June of 2016, when the company was acquired by PPG Industries, and was also a member of MetoKote’s Board of Directors.  He joined MetoKote in 2005, when he was named Vice President, North American In-Plant Businesses.  He also has served at MetoKote in the capacity of Vice President, North American Operations and as Global Vice President, Business Development.

Prior to his tenure at MetoKote, Jeff enjoyed a twenty year career with PPG Industries, Inc., where he served in a variety of technical, commercial, and management roles with increasing responsibility in a number of the company’s coatings businesses, including Automotive OEM, Automotive Refinish, General Industrial, and Packaging Coatings.

Jeff is a native of Pittsburgh, PA, and has received a Bachelors of Science degree in Chemistry and an MBA, both with honors from the University of Pittsburgh.

Jeff and his wife Cindy reside in Lima with their youngest daughter, Allyson.  Their oldest daughter, Ashley, graduated from the University of Dayton and is employed in the advertising field in New York City.  Their son, Austin, graduated from the Ohio Dominican University, where he was a two-time academic All-American and captain of the men’s golf team, and is employed in the finance field in Cincinnati.